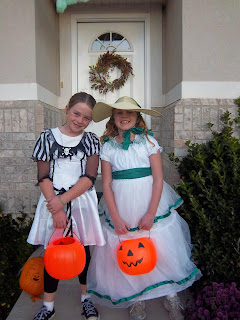 This halloween me and Kate went to our cousins Kayla and Marissa's house.(This is Lauren)I was a pirate who just got out of jail. It was supposed to be a punky pirate but I didn't like it so I added handcuffs and changed the name. Kate was a Southern Belle. 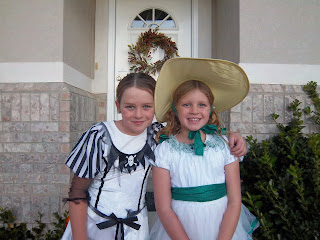 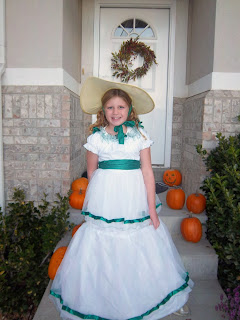 Since Kate was a Southern Belle she had a big puffy dress and a big floppy hat.She couldn't really sit down but she liked it. A girl in her class had the same costume.:) 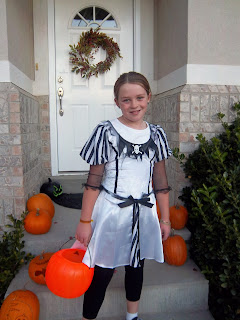 I was a pirate who just got out of jail  like I said I was supposed to be a punky pirate but got some fake handcoffs, put it on one hand and left the other one dangling and changed the name.